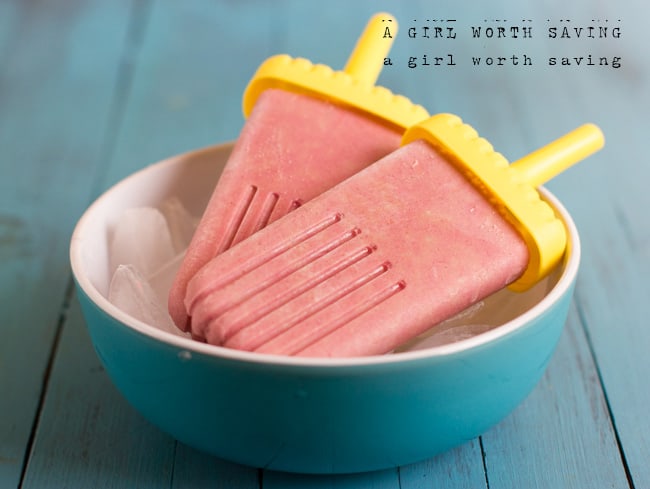 I didn’t have  fresh cherries  until I was 25 and moved to Portland.  My parents didn’t buy them for us growing up as they had to somehow feed 4 growing children on my father’s military pay.  Let’s just say I ate a lot of canned foods and rice and what fruit we ate was limited to oranges and apples.

Somehow between leaving the nest for college and striking out on my own voyage, I managed to avoid eating fresh cherries and what a mistake. 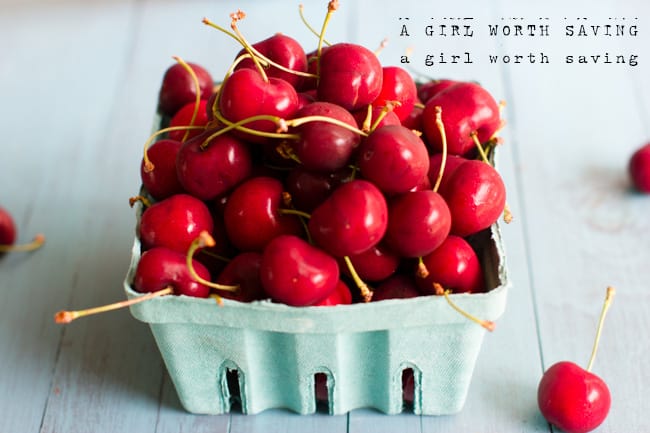 Anything fresh and in season is a dance party for your taste-buds.  You start keeping track of when fruit is at it’s ripest and eat as much of it as humanly possible during that time period.  Well, at least I do and then I start thinking what other yummy ways I can transform nature’s berry into a special treat.    Now anytime you mess with fresh cherries to make a dessert you will need a cherry pitter.  It’s fun to use and leaves a sweet massacre in it’s wake.  It will also make it an easy job. 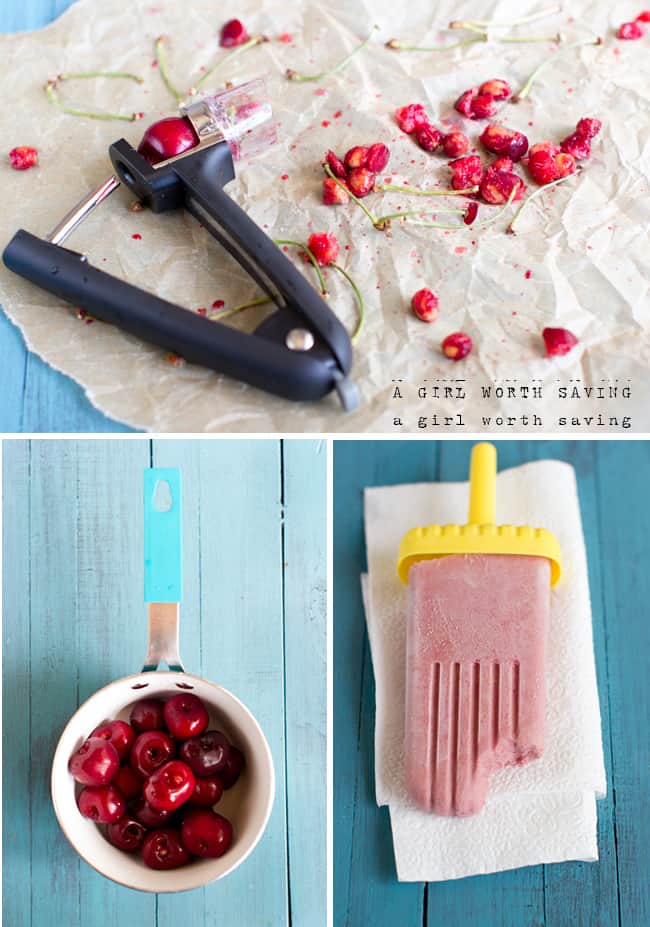 This recipe is pretty simple, although you will cook the cherries before mixing them up with the other ingredients.  This will help distribute the flavors throughout the Cherry Cheesecake Popsicles recipe.

Mr. Bejelly loved this recipe so much that he ate two of them before I could take photos which is a huge no-no in the Bejelly household.  I figured that showed this recipe was pretty darn good if he was willing to risk my wrath, lol.