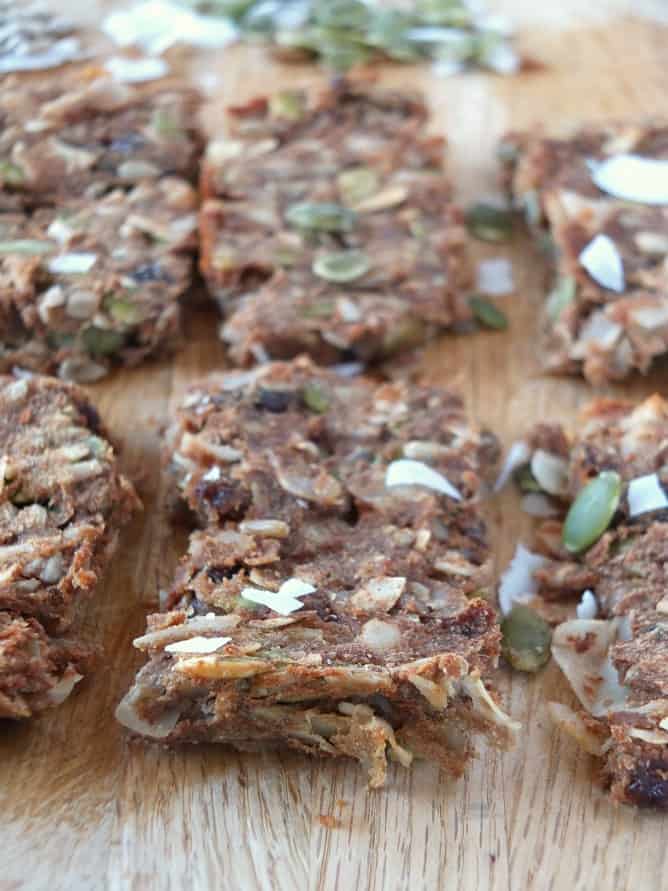 It’s cinnamon season.  Well technically cinnamon season should be all the time because cinnamon is so delicious, but why not eat a little more of it during the cold winter months?

While yummy things like cinnamon and raisins are often put in desserts, it’s just as easy to incorporate them into healthy desserts! This recipe came about because I love cinnamon, raisins, and banana bread.  But sometimes I’m so busy that all I have time to grab in the afternoon is a snack bar… so why not put them all into one delicious thing? Yeah, I don’t see why not either 😉

These simple bars are a bit like the granola bars I remember from my childhood, but they are a bit softer; less crunchy (so they won’t crumble everywhere so easily!).

It’s so simple to put together healthy snacks that taste delicious without the use of grains.  Have fun with these bars and feel free to use whatever seeds you like in this.  You can swap the raisins out for cranberries or whatever dried fruit you like.  You can also add almonds or cashews and the like, but just remember that this recipe won’t be free of tree nuts, then. 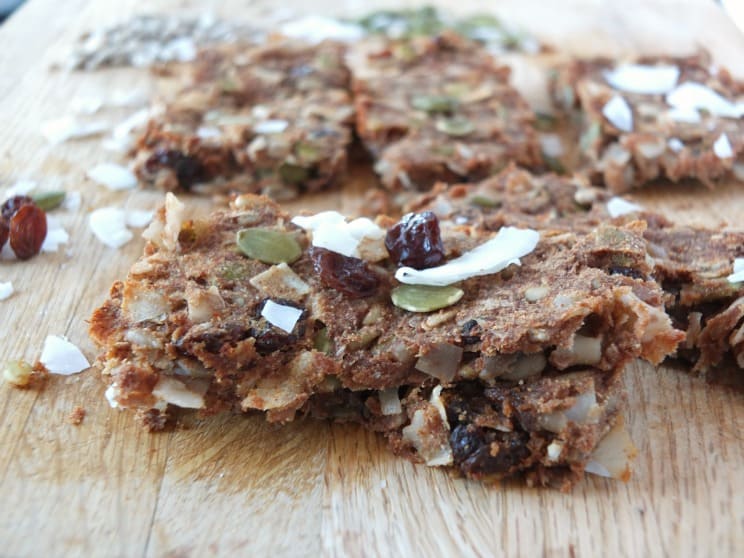