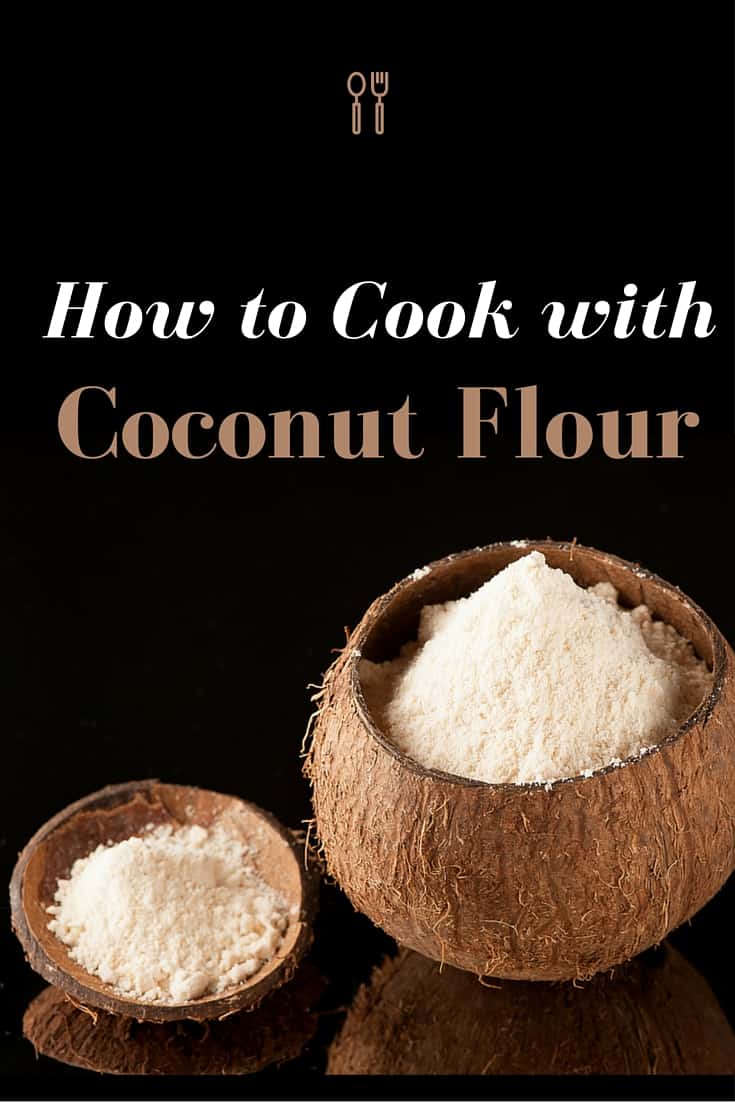 Coconut milk, coconut oil, and coconut water are recognized as beneficial, functional foods in the US, but few are availing themselves of one of coconuts’ best uses of all – coconut flour.

Coconut flour can be used to replace wheat flour and other types of grain-based flours in baked goods and other recipes. For people with celiac disease, which is an autoimmune disorder that causes your immune system to attack your small intestine, this is essential.

However, non-celiac gluten sensitivity may actually affect up to 40 percent of the population, and according to Dr. Alessio Fasano at Massachusetts General Hospital, virtually all of us are affected to some degree.1

This is because we all create a substance called zonulin in our intestine in response to gluten.

Glutinous proteins, found in wheat, barley, and rye, can make your gut more permeable, which allows partially digested proteins to enter your bloodstream, sensitizing your immune system, and promoting inflammation.

Anyone who is avoiding gluten should become familiar with coconut flour, as it’s gluten-free. However, even if you’re not specifically following a gluten-free diet, coconut flour offers far more for your health than wheat flour and is easy to incorporate into almost any recipe.

What Is Coconut Flour?

Coconut flour is made from the meat of fresh coconuts, after it’s been pressed to make coconut milk and most of the oil has been extracted.

The dried meat is then grated, resulting in a fine powder-like texture similar to grain flours. It has a mildly sweet coconut flavor that will not overwhelm your recipes, but rather will impart a rich texture and natural sweetness.

In addition to its wonderful flavor, coconut flour is rich in nutrition. It has the highest percentage of dietary fiber of any flour (48 percent), and it’s also a good source of protein while being very low in carbohydrates.

Coconut flour is 14 percent coconut oil and is very low in digestible carbohydrates — even lower than some vegetables. As reported by SF Gate:2

“If you examine the label on your favorite brand of coconut flour, you’ll find that the ‘total carbohydrates’ account for roughly 60 percent of its weight. Most of that is in the form of dietary fiber, complex carbohydrates that your digestive tract can’t break down.

For example, one popular brand of coconut flour contains 64.8 grams of total carbohydrates per 100 grams. Of that total, 38.5 grams are dietary fiber, sugars account for another 8.7 grams and only the remaining 17.6 grams are starchy carbs.

… To fully appreciate those figures, compare them to the same quantity of conventional all-purpose… flour. A 100-gram portion of white all-purpose flour contains 76.3 grams of total carbohydrates. Of that total, only 2.7 grams are dietary fiber and another 0.3 grams are sugars, leaving 73.3 grams of starchy carbohydrates.”

Coconut Flour Is a Functional Food

The low level of carbohydrates and high fiber content make coconut flour ideal for people with insulin resistance, including those with diabetes, as it won’t lead to spikes in blood sugar. In addition, the coconut oil it contains is an excellent source of healthy fats.

Coconut oil is rich in lauric acid, which your body converts to monolaurin, and this special agent has antiviral, antibacterial, and antiprotozoal properties. Lauric acid, a healthy saturated fat, is also valued for supporting immune health.

Coconut oil is also rich in capric acid, which further protects you from infections. Using coconut oil in your baked goods may even benefit your waistline due to its medium-chain fatty acids (MCFAs), which are known to stimulate metabolism.

Coconut flour, which was once considered a “byproduct” of coconut milk, was originally sold in the form of coconut meal to farmers, who used the nutritious substance to supplement animal feed and use as organic fertilizer.

As the health benefits became realized, along with its versatility for replacing gluten-containing grain flours in recipes, coconut flour became prized as a valuable superfood for humans.

Research published in Innovative Food Science & Emerging Technologies even found coconut flour could be considered a functional food, in part due to its high content of dietary fiber.

When coconut flour was added to test foods, participants had lower levels of triglycerides and a significant reduction in total and LDL cholesterol.3

How to Cook With Coconut Flour

Due to its high fiber content, coconut flour acts like a sponge when you cook with it. Because of this absorbency, you can’t simply replace the flour in every recipe with 100 percent coconut flour and expect it to turn out the way you’re used to. If, for instance, you substitute one cup of wheat flour with one cup of coconut flour, you may end up with a mixture that’s either too dry or falls apart.

As a general rule, however, you can easily replace up to 20 percent of the flour in any given recipe with coconut flour, and an equal amount of liquid, without compromising the taste or texture of the finished product.

You should also add in one egg per ounce of coconut flour to take the place of gluten and help bind the mixture together.

If you don’t have eggs on hand, you can also add in raw honey, hemp powder, chia seeds, or ground flax seeds (one tablespoon in three tablespoons of water makes a substitute for one egg) to bind the coconut flour together.

If you’re using coconut flour in a typical grain-based flour recipe, you’ll need to experiment a bit to get the proportions just right.

Adding more or less coconut flour will help you get the texture you love, and adding in the right mix of binding ingredients (such as eggs or flax seed) will ensure the baked good doesn’t simply fall apart.

Coconut flour actually works great as a thickening agent in recipes as well, due to its high absorbency. Try adding coconut flour to soups, stews, or smoothies for a rich, hearty texture.

There are many recipes available that call for coconut flour and already have the necessary “binders” built in. One of my favorites that can be made with 100-percent coconut flour is homemade banana bread.

If you’re not one who likes to experiment when you cook or bake, choose from recipes that already call for coconut flour. There are many available, including this one below for grain-free coconut flour pancakes.

Coconut Tree: The Plant of Life

Coconut flour is just one of the valuable “fruits” of the coconut tree. This “plant of life” also yields coconut meat, coconut water, coconut oil, and coconut milk, all of which are valued for their nutrition. The coconut husks also provide coir, a natural elastic fiber that’s used to make floor mats, ropes, mattress stuffing, and more. 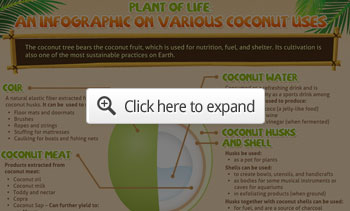 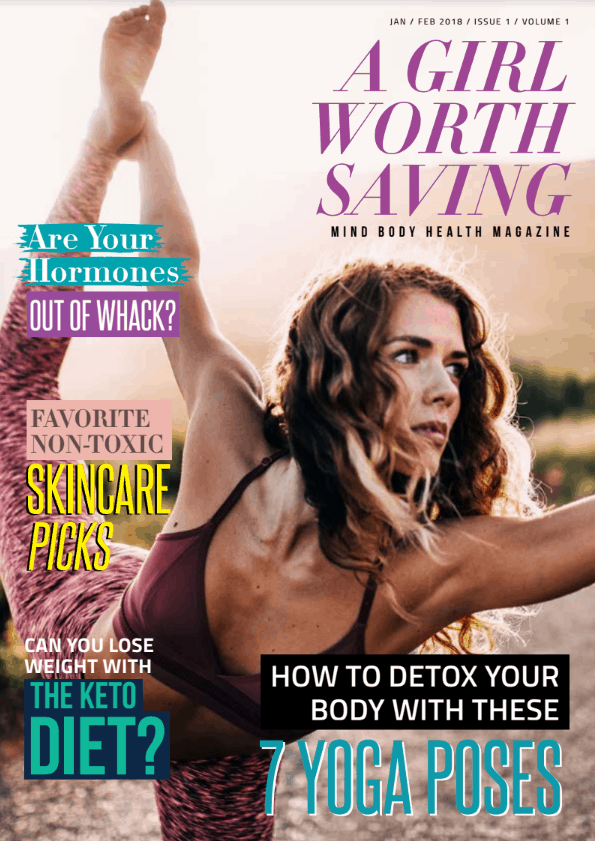