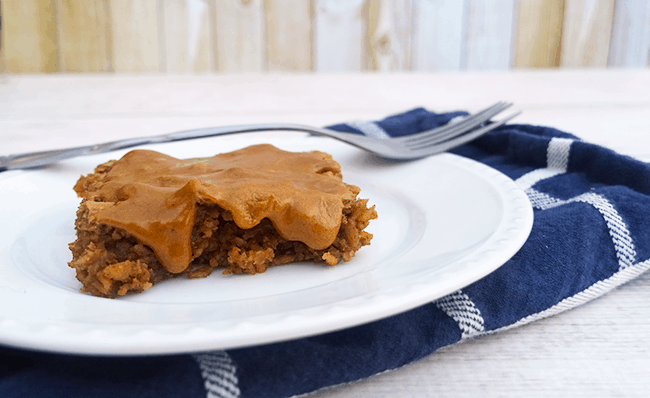 There’s nothing quite like a pan of warm cinnamon rolls fresh from the oven. Unfortunately for those who are sensitive to gluten, a flaky cinnamon roll made from regular flour can wreak havoc on the digestion. This cinnamon roll baked oatmeal is a delicious gluten-free alternative.

Every Sunday morning when I was little, we had sweet rolls of some kind for breakfast before heading off to church. That gooey goodness slathered in orange flavored frosting was heaven on a plate. My mom didn’t want to mess with making cinnamon rolls from scratch, so I never knew anything but the kind that came from a tube.

A better way to cinnamon roll

Not only is it incredibly time consuming waiting for the dough to rise and craft them from scratch, but regular cinnamon rolls don’t agree with my digestion. Gluten-free breakfasts like bacon and eggs and oatmeal are quick to make, but they can get boring fast.

To solve all my problems, I decided to come up with a gluten-free baked oatmeal recipe that tastes just like cinnamon rolls. These are moist, sweet and utterly delicious! I normally don’t frost things, especially my breakfast, but I couldn’t make a cinnamon roll baked oatmeal without an icing. 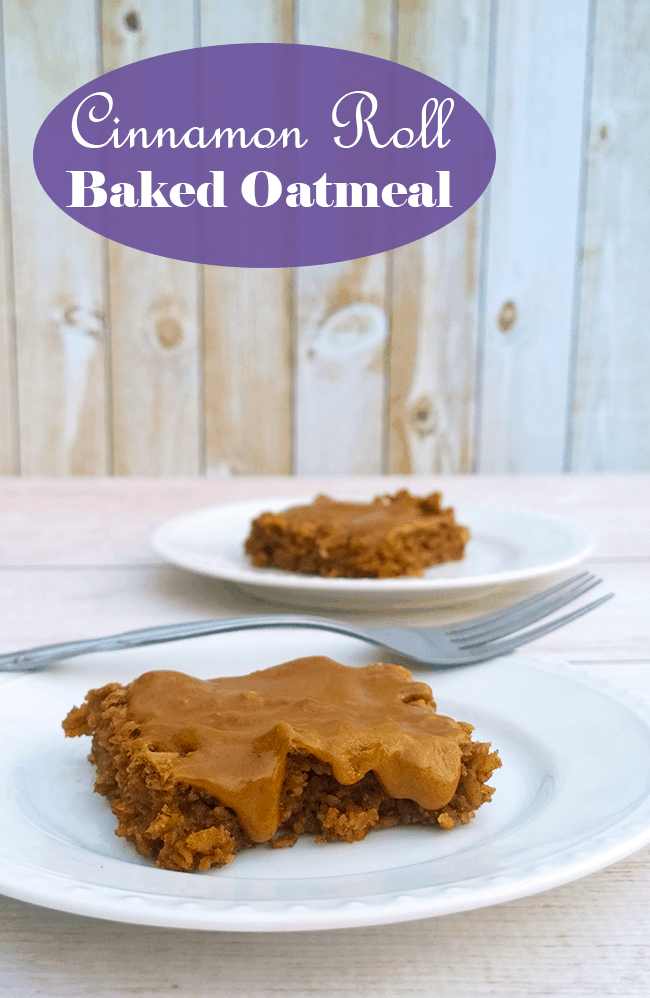 I like the coconut sugar even better though. Not only is it unrefined, but it has a rich, almost caramel flavor to it. I use it in these chocolate dipped almond biscotti as well.

I made my version with good ol’ butter, however feel free to substitute coconut oil if you don’t do dairy. I did however use cashew milk in the caramel vanilla icing. You can even use homemade alternative milks. This recipe for coconut milk only takes 3 minutes to make!

These gluten free baked oatmeal bars taste like cinnamon rolls without all the work.

For the caramel vanilla icing: