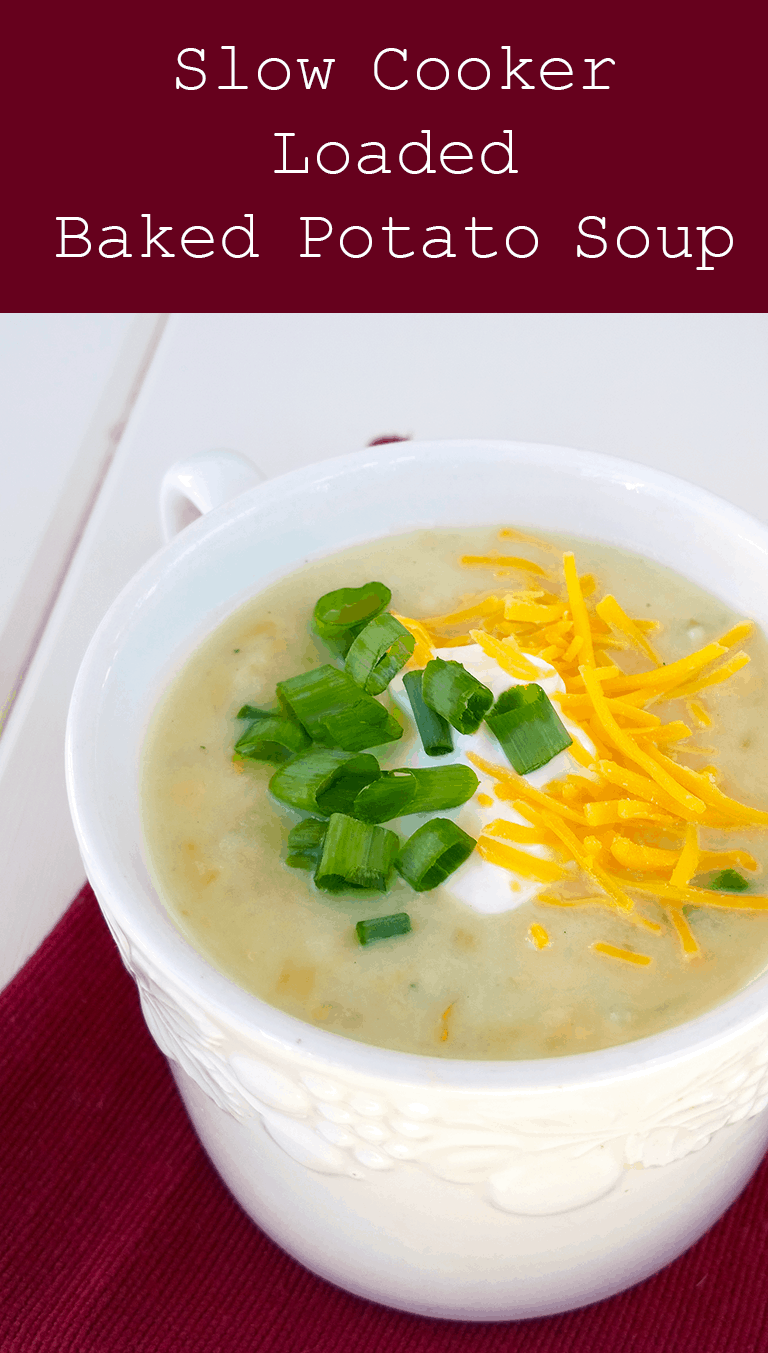 Nothing says comfort food like a warm bowl of soup. Unless that soup also happens to be gluten free, slow cooker baked potato soup that is. This rich and creamy meal is as filling as it is delicious.

A better way to baked potato

When you think of baked potato, you usually picture all the toppings that get loaded on. The only downside to a baked potato though, is that it can get really dry, even with a glob of sour cream on top. By putting it into soup form, you get an even bigger punch of flavor.

This recipe includes a combination of regular potatoes, and some white sweet potatoes. I discovered white sweet potatoes when we started eating an autoimmune paleo diet to help heal some gut issues. They’re very similar to the regular russet, but they have a sweeter taste and a lower glycemic index.

And you can’t have a loaded baked potato soup without lots of sour cream and butter. The healthy, brain building fats found in pastured dairy give that satisfying smoothness you’re looking for in a hearty soup. The milk I used for this had the cream hand skimmed off of the top, but it still had a high fat content for extra creaminess.

Normally you would use onions in a loaded baked potato soup, but I chose leeks instead. They taste a lot like onions, but with a fuller favorite profile in my opinion. This soup is finished off with some smoky bacon and the sharp bite of salty cheddar cheese. I often indulge and make this with gluten-free mac and cheese for the ultimate comfort food dinner. .

The best part of this soup? It’s made in the slow cooker so you don’t have to stand over a hot stove all day. The beauty of using a slow cooker is that you can throw everything in early in the day and have supper ready to go.

Most potato soup recipes have you cook a roux with flour on the stove to thicken the soup, but potatoes contain enough starch and thickening power on their own that it really isn’t necessary. By nixing the roux, you cut down on both gluten and time. 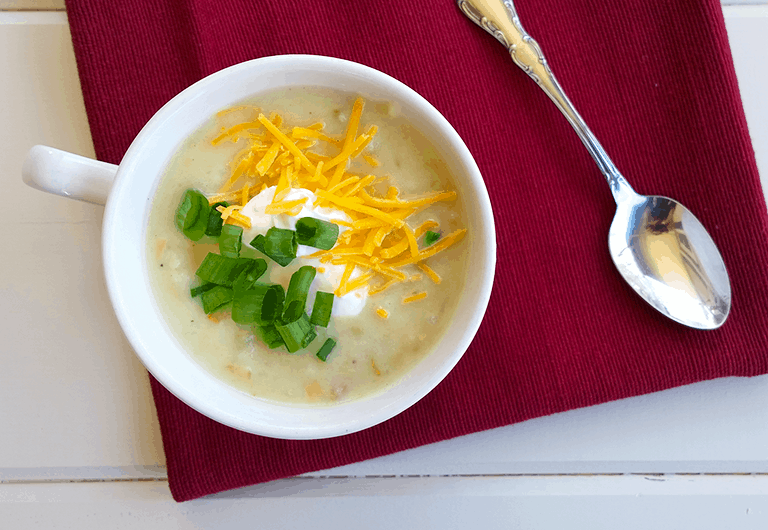 A filling and easy loaded baked potato soup recipe that can be made in the slow cooker.