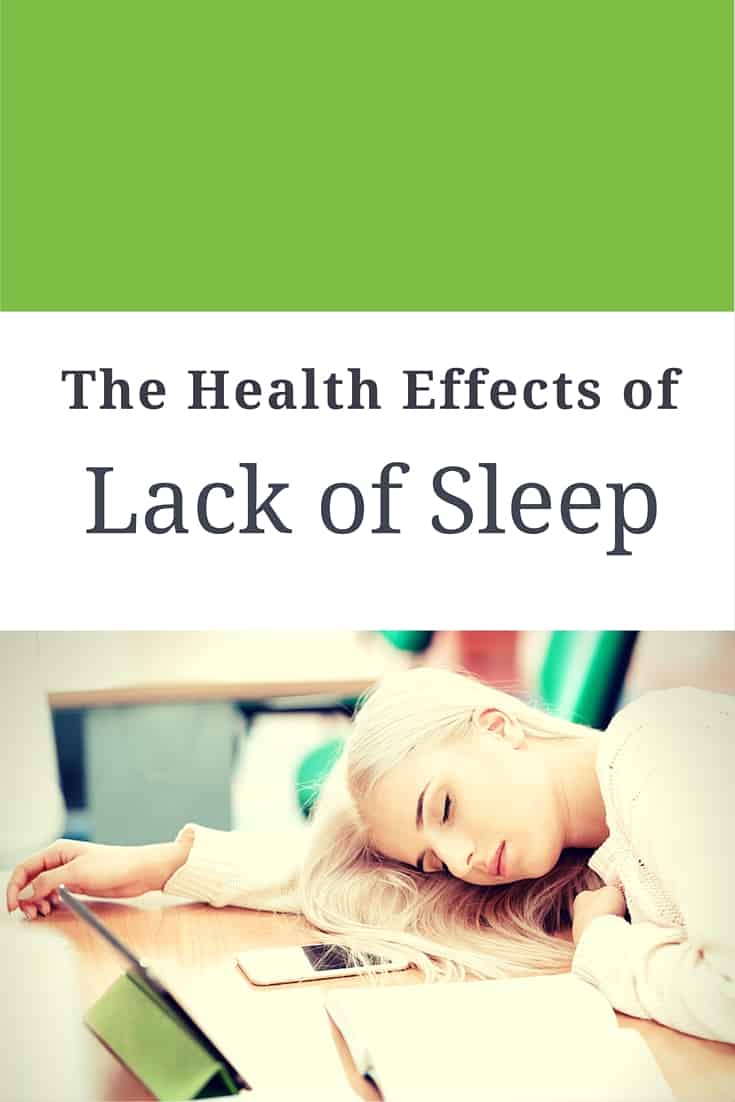 Lack of sleep has many ramifications, from minor to major, depending on your accumulated sleep debt. Short term, lack of sleep tends to have an immediate effect on your mental and emotional states.

Over the long term, poor sleep can contribute to a whole host of chronic health problems, from obesity and diabetes to immune problems and an increased risk for cancer. Plus it raises your risk of accidents and occupational errors.

Unfortunately, few are those who sleep well on a regular basis. Part of the problem is our propensity for using artificial lighting and electronics at night, in combination with getting insufficient exposure to full, bright, and natural sunlight during the day.

This disconnect from the natural cycles of day and night, activity and sleep, can turn into a chronic problem where you’re constantly struggling to sleep well.

Fortunately the remedy is simple, and if you follow the recommendations at the end of this article, chances are you’ll be able to reestablish a healthy sleep pattern, without which you simply cannot be optimally healthy — even if you do everything else right.

A Single Night Without Sleep Can Have Severe Implications

As shown in the video above,1 going just one night without proper sleep starts to impair your physical movements and mental focus, comparable to having a blood alcohol level of 0.10 percent.2

In essence, if you haven’t slept, your level of impairment is on par with someone who’s drunk.

According to researchers, 24 hours’ worth of sleeplessness breaks down cognitive faculties to such a degree that you’ll be 4.5 times more likely to sign a false confession.3

Overall, you become more susceptible to “suggested” memories, and start having trouble discerning the true source of your memories. For example, you might confuse something you read somewhere with a first-hand experience. According to the authors of this study:

“We propose that sleep deprivation sets the stage for a false confession by impairing complex decision making abilities — specifically, the ability to anticipate risks and consequences, inhibit behavioral impulses, and resist suggestive influences.”

Lack of Sleep Linked to Internet Surfing and Poor Grades

Other research4 has linked lack of sleep to more extended internet usage, such as browsing through Facebook rather than studying or working. The reason for this is again related to impaired cognition and the inability to focus, making you more prone to distraction.

Not surprisingly, academic performance also suffers. In one recent study,5 the less sleep high school students reported getting, the lower their average grades were.

Recent research also shows that when you haven’t slept well, you’re more apt to overreact to neutral events; you may feel provoked when no provocation actually exists, and you may lose your ability to sort out the unimportant from the important, which can result in bias and poor judgment.

Reporting on this research, in which participants were kept awake for one whole night before taking a series of image tests to gauge emotional reactions and concentration levels, Medical News Today writes:6

“… Eti Ben-Simon, who conducted the experiment, believes that sleep deprivation may universally impair judgment, but it is more likely that a lack of sleep causes neutral images to provoke an emotional response.

The second test examined concentration levels. Participants inside an fMRI scanner had to complete a task that demanded their attention to press a key or button, while ignoring distracting background pictures with emotional or neutral content …

After only one night without sleep, participants were distracted by every single image (neutral and emotional), while well-rested participants only found the emotional images distracting.

The effect was indicated by activity change, or what Prof. Hendler calls ‘a change in the emotional specificity’ of the amygdala … a major limbic node responsible for emotional processing in the brain.”

What Happens in Your Body After Two or More Sleepless Nights?

After 48 hours of no sleep, your oxygen intake is lessened and anaerobic power is impaired, which affects your athletic potential. You may also lose coordination, and start to forget words when speaking. It’s all downhill from there.

After the 72 hour-mark of no sleep, concentration takes a major hit, and emotional agitation and heart rate increases. Your chances of falling asleep during the day increase and along with it, your risk of having an accident.

In 2013, drowsy drivers caused 72,000 car accidents in which 800 Americans were killed, and 44,000 were injured.7 Your problem-solving skills dwindle with each passing sleepless night, and paranoia can become a problem.

In some cases, hallucinations and sleep deprivation psychosis can set in — a condition in which you can no longer interpret reality. Recent research suggests psychosis can occur after as little as 24 hours without sleep, effectively mimicking symptoms observed in those with schizophrenia.

Research published in the journal Sleep reports that sleep deprivation has the same effect on your immune system as physical stress.8,9

The researchers measured the white blood cell counts in 15 people who stayed awake for 29 hours straight, and found that blood cell counts increased during the sleep deprivation phase. This is the same type of response you typically see when you’re sick or stressed.

In a nutshell, whether you’re physically stressed, sick, or sleep-deprived, your immune system becomes hyperactive and starts producing white blood cells — your body’s first line of defense against foreign invaders like infectious agents. Elevated levels of white blood cells are typically a sign of disease. So your body reacts to sleep deprivation in much the same way it reacts to illness.

Other study10 findings suggest that deep sleep plays a very special role in strengthening immunological memories of previously encountered pathogens in a way similar to psychological long-term memory retention. When you’re well rested, your immune system is able to mount a much faster and more effective response when an antigen is encountered a second time.

When you’re sleep-deprived, your body loses much of this rapid response ability. Unfortunately, sleep is one of the most overlooked factors of optimal health in general, and immune function in particular.

A number of studies have demonstrated that lack of sleep can play a significant role in insulin resistance and type 2 diabetes. In earlier research,11 women who slept five hours or less every night were 34 percent more likely to develop diabetes symptoms than women who slept for seven or eight hours each night.

Senior author Matthew Brady, Ph.D., an associate professor of Medicine at the University of Chicago, noted that:13 “This is the equivalent of metabolically aging someone 10 to 20 years just from four nights of partial sleep restriction. Fat cells need sleep, and when they don’t get enough sleep, they become metabolically groggy.”

Similarly, researchers warn that teenage boys who get too little slow-wave sleep are at increased risk of developing type 2 diabetes. Slow-wave sleep is a sleep stage associated with reduced levels of cortisol (a stress hormone) and reduced inflammation. As reported by MedicineNet.com:14

‘On a night following sleep deprivation, we’ll have significantly more slow-wave sleep to compensate for the loss,’ study author Jordan Gaines … said … ‘We also know that we lose slow-wave sleep most rapidly during early adolescence. Given the restorative role of slow-wave sleep, we weren’t surprised to find that metabolic and cognitive [mental] processes were affected during this developmental period.’”

The Many Health Hazards of Sleep Deprivation

Aside from directly impacting your immune function, another explanation for why poor sleep can have such varied detrimental effects on your health is that your circadian system “drives” the rhythms of biological activity at the cellular level. We’ve really only begun to uncover the biological processes that take place during sleep.

For example, during sleep your brain cells shrink by about 60 percent, which allows for more efficient waste removal. Thisnightly detoxification of your brain appears to be very important for the prevention of dementia and Alzheimer’s disease. Sleep is also intricately tied to important hormone levels, including melatonin, the production of which is disturbed by lack of sleep.

This is extremely problematic, as melatonin inhibits the proliferation of a wide range of cancer cell types, as well as triggers cancer cell apoptosis (self-destruction).

Lack of sleep also decreases levels of your fat-regulating hormone leptin while increasing the hunger hormone ghrelin. The resulting increase in hunger and appetite can easily lead to overeating and weight gain. In short, the many disruptions provoked by lack of sleep cascade outward throughout your entire body, which is why poor sleep tends to worsen just about any health problem. For example, interrupted or impaired sleep can:

Tips to Improve Your Sleep Habits

Small adjustments to your daily routine and sleeping area can go a long way toward ensuring you uninterrupted, restful sleep — and thereby better health. To get you started, check out the suggestions listed in the table below. For even more helpful guidance on how to improve your sleep, please review my “33 Secrets to a Good Night’s Sleep.”

If you’re even slightly sleep deprived, I encourage you to implement some of these tips tonight, as high-quality sleep is one of the most important factors in your health and quality of life. As for how much sleep you need for optimal health, a panel of experts reviewed more than 300 studies to determine the ideal amount of sleep, and found that, as a general rule, most adults need right around eight hours per night.