New to CBD? Even if you’re already a bit of a pro, you’re probably wondering how to get the most out of it.

CBD is effective, and more and more people are using it. But one of the ways to get more out of it is to understand more about its bioavailability.

In this article, we’re going to take a look at what CBD bioavailability is and how to take CBD to get the best results.

CBD is available in numerous forms, from CBD capsules to to oils, liquids and more.

The thing is that, each various form needs its own unique usage method. Moreover, each CBD product usually comes with different concentrations of CBD.

At this point, if you’re totally new to CBD, it’s probably all a tad confusing. Burning questions for newbies include which method we should use and how much we should consume.

To help you answer these questions better, it helps to learn more about CBD bioavailability.

Bioavailability is a pharmacology term that, according to the dictionary definition is, “the proportion of a drug or other substance which enters the circulation when introduced into the body and so is able to have an active effect.”

In other words, it’s the extent and rate at which a substance (in this case CBD) is absorbed into your bloodstream. Extent means strength, while rate refers to speed, but bioavailability also determines how effective the amount of CBD you have taken is.

For example, when your doctor orders your medication, they will take into account the bioavailability so as to arrive at the recommended standard dosage.

The more bioavailability of a CBD product once it’s entered your system, the more potent it will be.

The actual bioavailability of CBD is contingent on the concentration of CBD and the consumption method. As such, a question anyone who wants to get more out of CBD should be asking is, “What’s the best way to take it?”

To it to be as effective as possible, intravenous administration is the most direct route. This basically means that you inject CBD into your bloodstream via your veins. This method – at least theoretically speaking – means that you’ll be injecting 100% CBD into your bloodstream. However, it’s hardly the most popular method, and probably makes most people a bit queasy.

If you’re also not inclined to sticking a needle into yourself each day, let’s take a look at how different methods affect CBD availability: 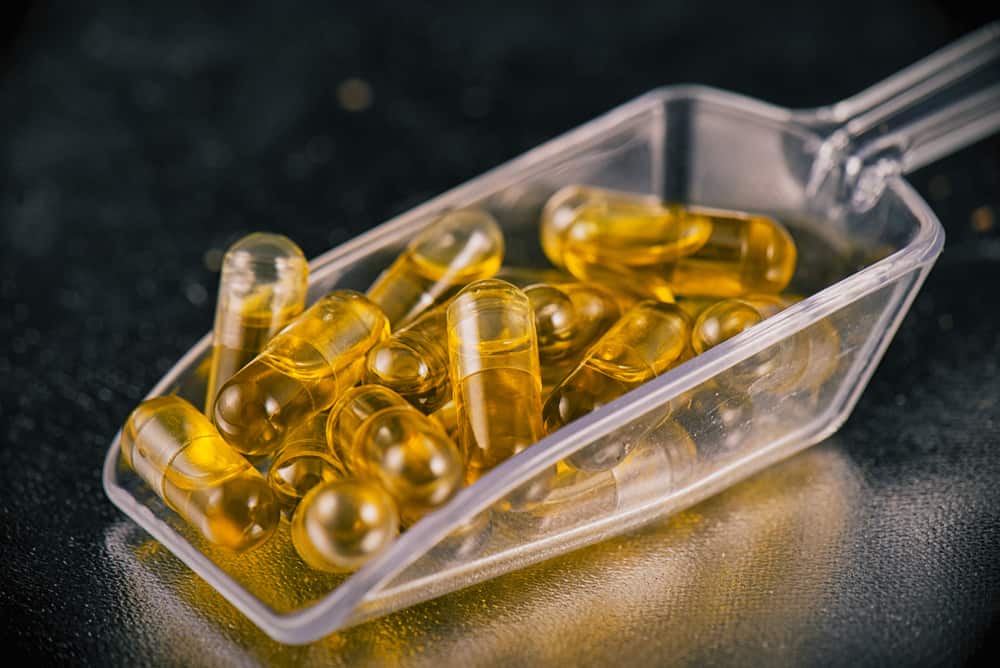 Oral consumption means that you consume CBD through your mouth. There are plenty of CBD capsules on the market, including these easy-to-swallow CBD Turmeric Oil capsules. You can also consume CBD beverages and other CBD edibles. It’s the most popular method and it’s also the easiest. If you don’t like taking capsules straight, cabbabinoids can even be added to your food.

Oral consumption offers a few benefits, but the biggest problem is that any substance that you consume through the mouth has to then negotiate your digestive and metabolic systems. Both of these filter our a significant percentage of the CBD, which in turn reduces its bioavailability.

How much bioavailability are you left with? Studies on this are conflicting, but a 2009 study suggested as little as 4% and as much as 20%.

This essentially means that you can expect to retain 20% bioavailability at the most if you consume CBD capsules orally.

The reason bioavailability is relatively low is because of first pass metabolism, which is the result of actions of enzymes found in your gut.

This sounds more scientific than it actually is, and it refers to the sublingual gland, a vein underneath your tongue. When you administer a substance (CBD) to this gland, it’s absorbed straight into your bloodstream.

This method is typically referred to as sublingual administration, or sometimes sublingual consumption. In the CBD world, you would use CBD sprays, CBD lozenges or CBD tinctures and the method is simple enough.

The impact on your body is fast, and there is a fair amount of bioavailability left over. That said, studies on this are also conflicting. While the CBD bioavailability from sublingual consumption might be as high as 35%, it could also be as low as 12%.

A third method is vaporised consumption. This is when you inhale CBD straight to your lungs via a vaporiser device, such as a vape pen.

Why does this work? When you inhale CBD straight to your lungs, it enters your bloodstream faster. Moreover, you also benefit from more bioavailability and less breakdown rates.

Bioavailability rates via the vaporisation method can be as high as 46% or as low as 34%. Some studies have even pegged the rate at 56%, which means vaporisation is an effective method that helps you to get the most out of CBD.

Rectal is perhaps an unusual method, but it’s typically used when someone isn’t able to consume CBD orally (for example, they might have trouble swallowing capsules, or they might be feeling nauseous).

The rectal method can be quite potent because there is only a small first pass metabolism effect. As a result, it has a faster and stronger impact than oral consumption.

If you have symptoms that necessitate quick amelioration, sublingual consumption is the most effective and efficient way of getting CBD into your bloodstream.

However, different people will prefer different methods. Oral consumption remains the most popular because it’s easier and more comfortable, and it’s also effective at treating symptoms that only need a smaller concentration of CBD.

3 Healthy Recipes to Make for Your Next Summer Party
New Research Sheds Light on Long-Term Effectiveness of Low Carb Diets
Keeping Your 2019 Fitness Goals on Track
10 Ways To Take Charge And Bring Positivity Into Your Life
5 Things to talk with your child about before they go off to college
Ways to Use CBD
6 Effective Anti-Aging Tips
3 of the Best meal shakes in 2017
Previous Post: « Is CBD Oil good for Dogs?
Next Post: You Can Enjoy a Cup of Caterpillar Fungus Soup… For Only $688! »