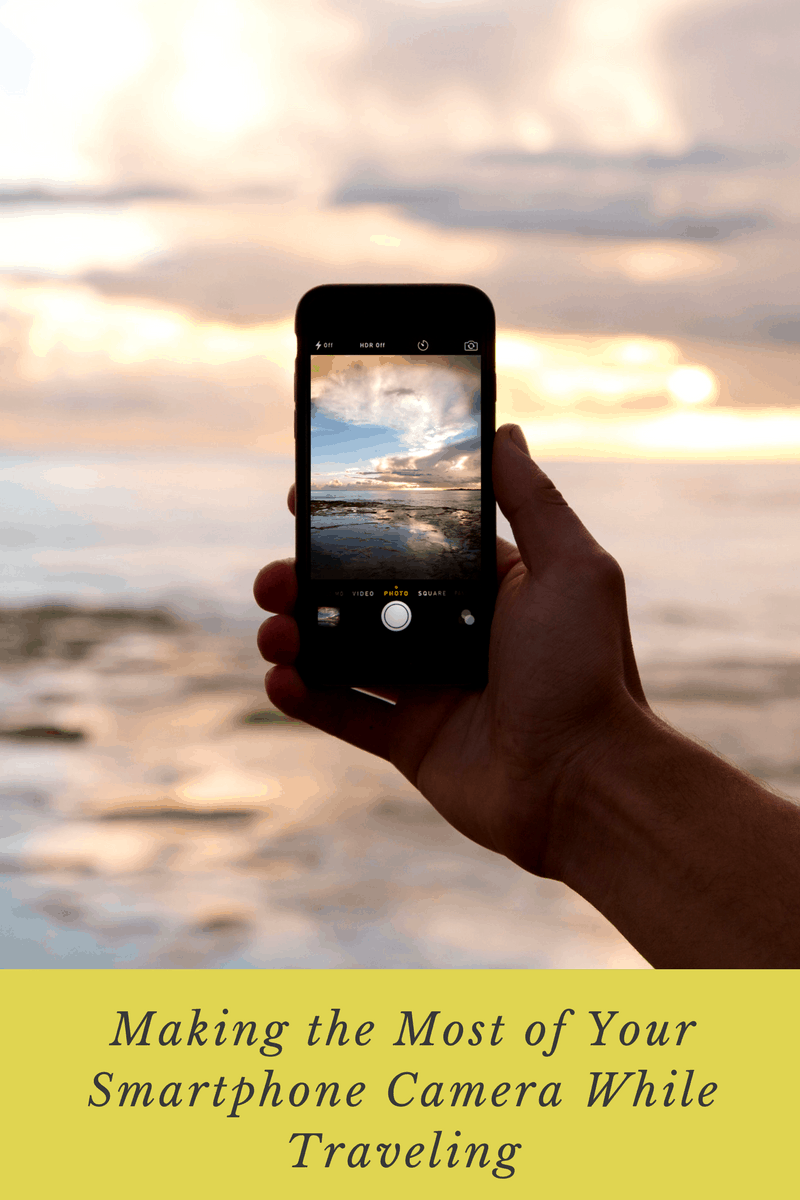 That said, don’t expect to take NatGeo-style pictures and video with the sensors that come on a $300 smartphone. It’s not going to happen. All smartphone cameras have inherent weaknesses. In the grand scheme of things, big, beautiful pictures require big, beautiful glass. And that glass is usually the most expensive part of the camera. Smartphones don’t have that.

But just as there are neat tricks to get big sound out of small speakers. There are ways to get great travel photos out of smartphones. Here are a few tips to get you started:

When you travel with an expensive camera, you protect it to the best of your ability. You pack it in a special case that will keep the body and lenses well protected from drops and the elements. You also bring extra battery packs because you know that a dead camera takes no pictures no matter how expensive it is.

You should treat your smartphone the same way. iPhone screen protectors are among the most important pieces of equipment for traveling iPhonographers. A cracked screen is like a busted camera. You cannot safely use the device anymore. So keeping it safe from damage has to be a priority. Also, bring an external battery.

Go Where the Great Photos Are

Do you want a photo library full of various angles of your hotel room? Then don’t go to a place where the only thing worth photographing is the room. If you want to take majestic images of the starry night sky, you have to be where the star-filled sky is visible to the naked eye, and to your camera lens. That is not going to be anywhere near a city.

For such images, you will want to consider some of the world’s top camping locations. You also want to be realistic about your camera. The iPhone 7 takes noticeably better night shots than previous versions. Many manufacturers don’t do well in this category. So read the reviews of your camera’s strengths and weaknesses before planning a nigh-centric vacation that you can’t photograph.

Shoot Lots of What Your Phone Is Good at Shooting

As mentioned, not every smartphone is good at low-light shooting. Nothing you do is going to fully compensate for the size of the photon collector you happen to be holding. Let someone else in the group take the low-light shots that really matter.

If you have an iPhone 7 Plus, you should be the portrait shooter of the group. Portrait mode is for real. It is also going to give you some of the best video footage possible in a smartphone camera. Other smartphones are really good at vistas and panoramic scenes. If you are in a place that is busy with bright colors and lots of activity, there are cameras that are more tuned for that.

Even if your smartphone isn’t good at every kind of photo situation (and none are), your camera is going to be really good at some things. So don’t try to fight what it struggles with. And embrace the things that make it shine.

High-end smartphone cameras have gotten pretty good these days. It is a lot harder to take a bad picture than it used to be. Make sure all your photos are great by keeping your equipment safe and ready to use. Go where the great pictures are. And take the kind of pictures your smartphone is really good at taking.

Previous Post: « Is Now A Good Time To Open Your Own Healthy Eatery?
Next Post: Slow Cooker Taco Meat »