On the web, you’ll find no shortage of people claiming to be health gurus. But what’s driving the current explosion in people offering health advice, consultations and assistance?

It’s both a supply and demand issue. The need for people who can offer medical advice, addiction counseling, and preventive medical services has grown enormously. The aging population and destructive lifestyles are leading to a wave of disease, and regular people are caught up in the fray. Diabetes, cancer and heart disease all remain top killers. People with these conditions (or who want to prevent them) need experts who can tell them what to do and how to change their lifestyles for the better.

There’s a supply issue too: people who do know how to remedy these issues recognize that there’s a great need to educate others. Not only does poor health decrease quality of life, but it prevents people from living to their full potential. Who knows what civilization could achieve if more people were in excellent health.

The Problem With Today’s Gurus

Today’s health gurus are primarily a response to the failure of the conventional medical system to address chronic disease and addiction. Yes, it provides some drugs and services, but the facts speak for themselves: despite their best efforts, health problems at a population level are getting worse. Medicine was great in the 20th century at dealing with broken limbs and controlling infection, but the diseases of the 21st century are different. The problems that afflict people today come about because of aging and social circumstances – two things that are not amenable to medical care.

The rise of gurus is a response to this failure. There are many genuine ways to improve one’s health without going through traditional routes, but there’s also a lot of confusion. Anybody can become a self-proclaimed “guru” and start offering advice, even if it’s garbage.

How To Become A Guru

Practically all of the top legitimate health gurus in the world have some kind of professional training or backing. Take Dr. Michael Greger, for instance. He originally trained as a lifestyle medicine physician before starting the website Nutrition Facts where he chronicles the latest in nutrition science and preventive medicine. Michael Greger didn’t get to where he was today without a substantial education in the principles of medicine and nutrition science. Once he’s done that, he was able to make his own way in the field and help millions of people in the process.

With online MSW programs, nutrition programs, counseling programs, and many others, it’s now easier than ever to get the qualifications you need to get the right background to be a guru. Education is the starting place. From there, you can gain authority and credence about what it is that you do. People will check your educational background and want to find out whether you have the training to speak about the issues that you do. The better your training, the faster you can convince people that you understand the topics and can offer genuinely helpful advice.

While education is a great tool to help you get started as a guru, it’s also vital that it is ongoing. People who don’t continue their training can stagnate and the people with whom you communicate will notice this.

It’s worth noting that the wellness and addiction literature grows all the time. Every year, thousands of new influential articles get written, some of which make it into the popular culture and have an impact on the lifestyle of regular people.

Take, for instance, the realization that HIIT training is one of the most potent forms of exercise. Scientists now believe that HIIT activates anti-aging pathways in the body, helping to supercharge fitness and, in some instances, turn back the clock.

Also, consider the advances in nutrition science in recent years. There’s now a general understanding that there needs to be far more nuts, berries, and greens in the human diet, and that most people are chronically under-consuming these foods.

Have A Passion For What You Do

Nobody becomes a health guru without having a passion for what they do. Michael Greger, the doctor we discussed earlier, was motivated by the experience of his grandmother. In her sixties, she had end-stage heart disease, and doctors expected her to die within a few weeks. But rather than give up, grandmother Greger checked in at one of the US’s first lifestyle medicine clinics run by the forefather of healthy eating, Nathan Pritikin.

Pritikin put her on a diet of whole plant foods, all low in fat. Before long, grandmother Greger made a recovery and was able to walk without assistance. Eventually, she was able to leave the clinic and continue with regular life without any symptoms of the disease. It was as if it had never been there. She went on to live another thirty years.

The experience of seeing his grandmother undergo a miraculous recovery led Greger to embark on a lifetime mission to improve people’s health through the power of nutrition. He enrolled as a lifestyle medicine doctor and then began to reach out to the rest of the world through a series of books, seminars, and his website.

Becoming a health guru isn’t easy. You not only have to have the brains to do it but also the deep-seated belief that what you’re doing is worthwhile. Most lifestyle gurus don’t make a lot of money, and there are certainly easier ways to make a living. It’s something that you need to be passionate about to make it work.

Tap Into An Emotional Need

Why is it that some gurus become so popular overnight, while others struggle? Often, it’s because the successful gurus have been able to tap into an emotional need in their target audience. People come to rely on the guru, seek out their advice, and trust them in a particular niche.

Deliciously Ella is one of the most popular gurus in the clean eating movement. But the reason for her success is surprisingly simple: she showed people that you don’t have to deprive your taste buds if you want to eat well. Lentils by themselves taste pretty dull but combined with fresh herbs, tomato sauce, and some whole grain pasta, and they’re transformed.

Find Something That Isn’t Out There Already

Of course, that’s easier said than done. But often you can find something niche that people need to know more about, but can’t find a reliable source online. You could focus, for example, on a particular aspect of addiction treatment, or a specific kind of diet. You could also interview other people related to your chosen area and help bring information together that may be all over the plac.e

People are naturally attracted to those who have positive energy. They want individuals who can build them up, inspire and motivate them to make a difference in their lives. It’s rare to come across a successful guru who doesn’t have a passion for what they do.

Being inspiring is a complicated topic. But all inspirational people follow a similar set of rules.

The first rule is to tell people, in simple language, what it is that you want them to do. People need clear instructions and must know what the ideal is, even if they can’t achieve it immediately.

The second rule is to share in the sacrifice. Nobody wants to listen to a nutrition guru about the benefits of kale while they stuff their face with a Danish. It’s just not fair. Gurus have to practice what they preach.

The third rule is to tell a story. People need stories so that they can understand what they’re doing in context. For instance, when it comes to substance abuse, inspirational gurus can help people get off substances by talking about their path to becoming clean. Likewise, gurus can help people create their own stories for why getting off drugs is so essential to their life and happiness.

The fourth rule is to appeal to people’s values. If people want to live more healthily because they want to impose less of a burden on the rest of society, then this point should be made.

Finally, it’s vital that gurus limit their demands. Not everyone is going to be able to go all the way immediately. Some people will have to take baby steps first because of life circumstances. Your role as a guru is to reassure them that that’s okay and there is plenty of time in the future to make progress.

Must-Try Healthy Recipes Made From Whole Foods
5 Tips to Buying Products that Big Box Stores Do Not Carry
What You Need To Know To Choose a Reputable Fort Wayne Plastic Surgeon
Self-Help and Self-Education: The Best Ways to Survive a Really Bad Day
Can You Add CBD Oil To Food?
Stay Healthy Through Good Diet and Exercise
6 Reasons To Take Care Of Your Nerve Pain
Top Things Anyone Who Absolutely Loves Grilling Season Must Have 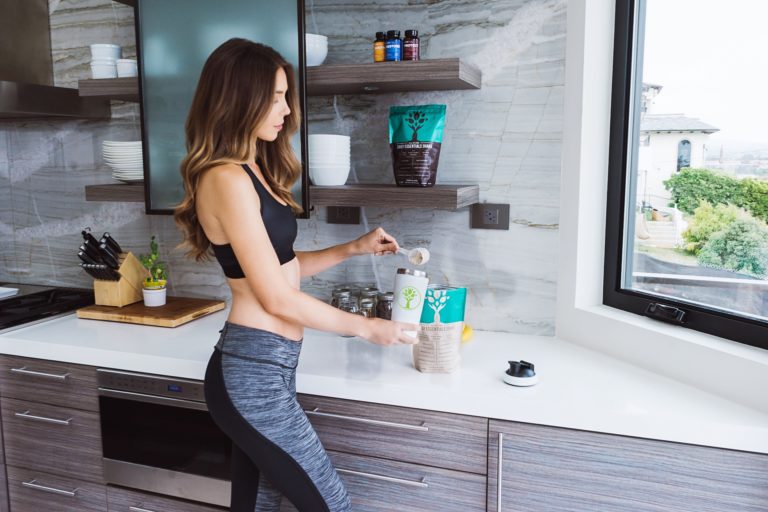 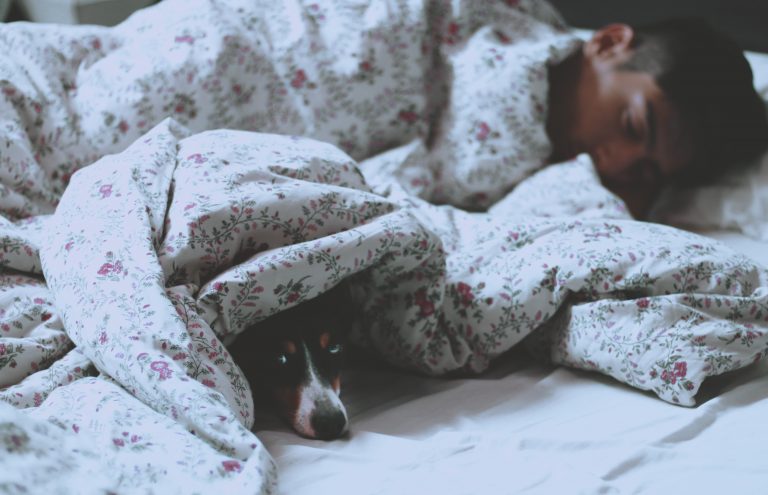 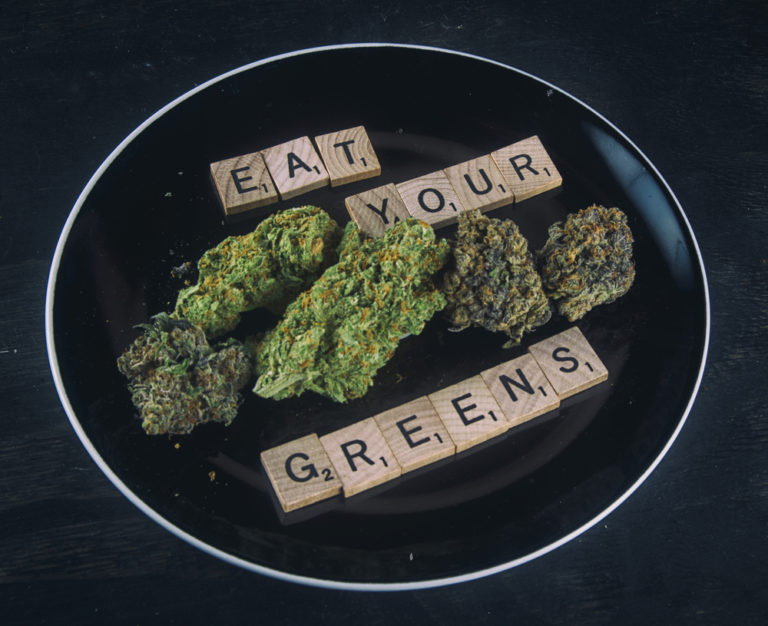 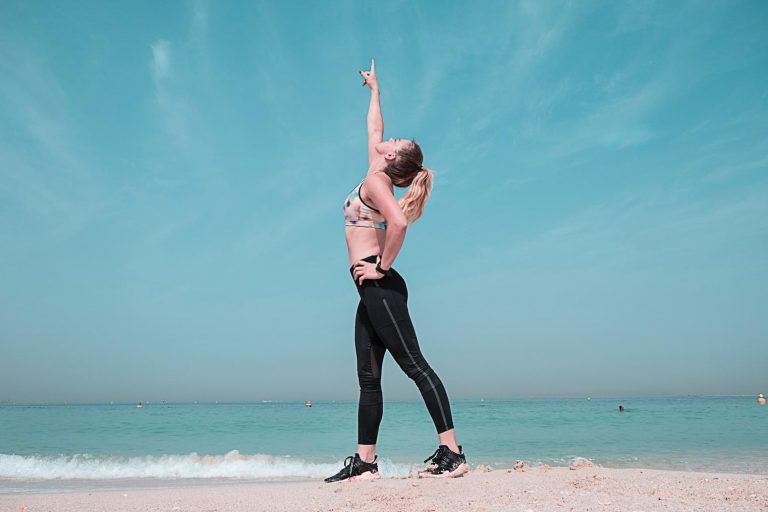