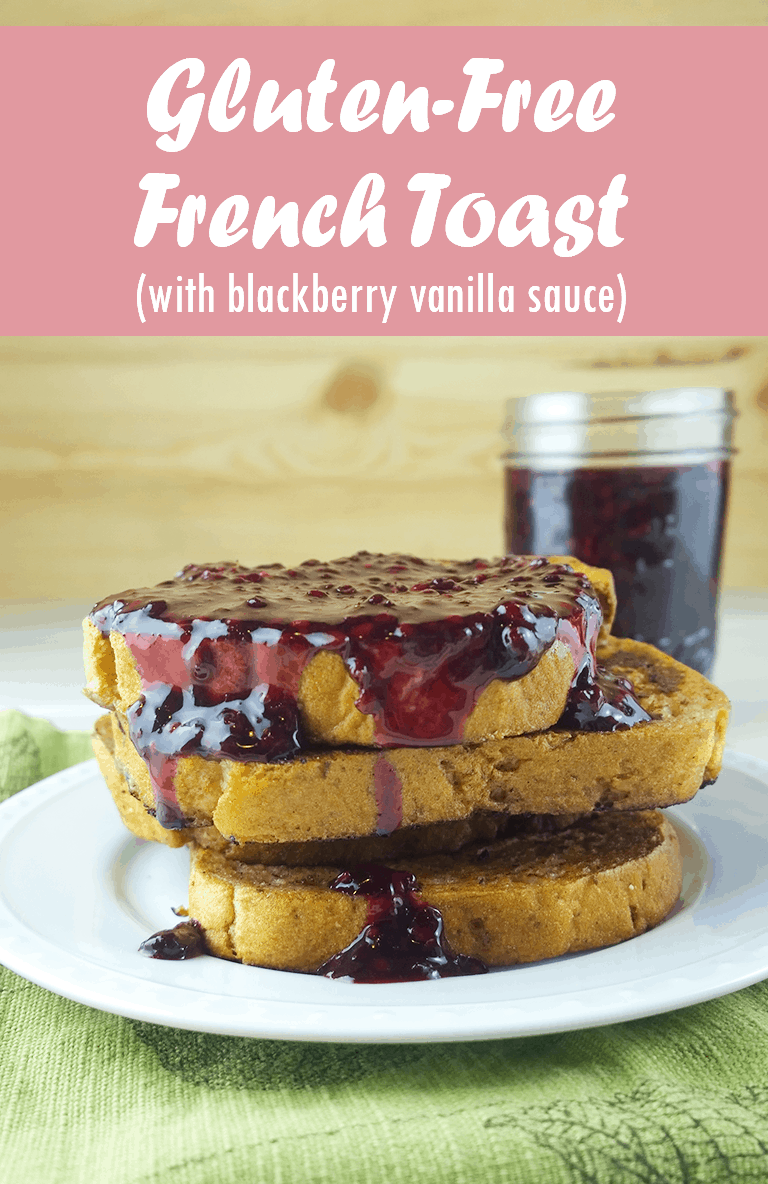 When you’re going gluten free, everyday staples like bread become a challenge. If you’re not ready to give up a Saturday morning staple like French toast, then you’re in luck. This delicious gluten free French toast is covered in a decadent blackberry vanilla sauce that will have you in gluten-free heaven.

When I was younger French toast usually meant French toast sticks from a box. They were absolutely delicious, but since cooking prepackaged junk food to the curb, I haven’t missed them one bit. The real thing tastes so much better!

I’ve played around with different French toast recipes and toppings over the years, but this is one of my favorites for sure. It plays on the traditional cinnamon and sugar recipe, but adds a bit more depth with spices like ginger and vanilla. The coconut sugar adds a bit of a caramelizing effect to the French toast with it’s rich, unrefined flavor.

I used a store bought gluten free bread for convenience sake. However,  you can also use your favorite gluten free sandwich bread recipe. You just want to make sure that the bread you use slices well, or you’ll end up with a pile of French toast crumbs. Here’s a homemade grain free bread that will also work well. 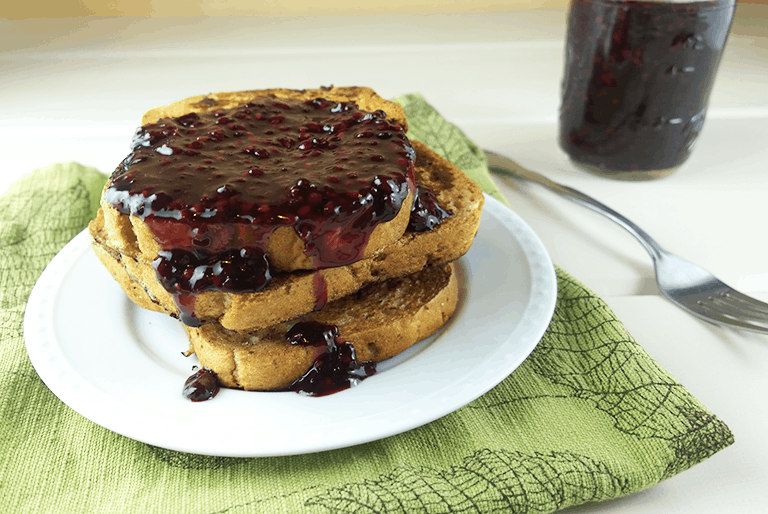 This deliciously sweet version of French toast is big on flavor, but not on gluten.

Did you make this recipe?

Hi! I'm Kelly. I've been cooking and creating recipes at A Girl Worth Saving for the last 10 years. I focus on simple, healthy recipes that everyone will love. Read More…

SAVE & ACCEPT
Skip to Recipe