Out of all the decrescendo moments that happen to us in life, some are particularly bothersome. For instance, imagine that you’re preparing a delicious dish that smells heavenly, but it needs a dash of rosemary to reach perfection, and you don’t have it.

Now, after imagining people’s reaction to eating your dish and having a complete Julia Child moment, it must be disappointing, right? Well, don’t worry because we’ve got your back! We’ll tell you all about the rosemary substitutes you can use to save your legendary moment or if someone in your family is allergic to rosemary. All you have to do is read on! 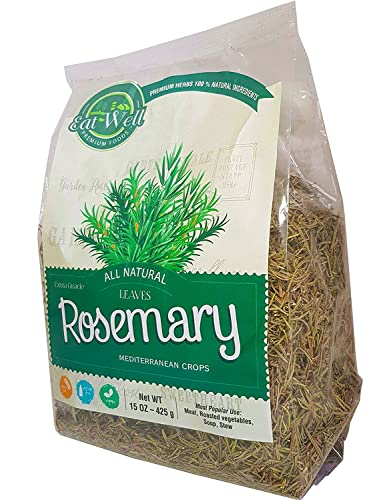 If you’re out of fresh rosemary leaves and you’re looking for a substitute, the first spice you should look for is dried rosemary. It doesn’t work well as a garnish because it’s a little brittle to bite on, but it can be used in a recipe where you’re planning to cook rosemary.

To make a successful substitution, use a quarter of a teaspoon of dried rosemary instead of every teaspoon of fresh rosemary. That’ll give your recipe the woodsy flavor that your dish needs.

Oregano has a herby and pungent aroma that compliments dishes to perfection. If you like fresh ingredients that give your recipes an earthy tinge, you can use fresh oregano as a rosemary replacement. 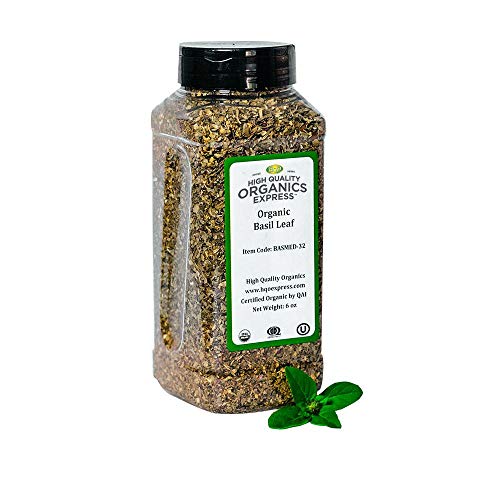 Fresh basil’s taste has a perfect balance between sweet and savory. It has an aromatic black pepper undertone that richens dishes. In addition, it can replace rosemary because it contains a minty taste, though it’s much lighter.

If you’ve run out of dried rosemary, your best option is to use thyme. Whether you have fresh or dried thyme, you’ll be able to create a flavorsome dish. That’s because thyme is a remarkable member of the mint family. Moreover, it has an earthy eucalyptus flavor close to rosemary.

As a bonus point, thyme and rosemary have similar appearances. Your guests might even not notice the difference! Only those with sharp tongues will detect that thyme’s flavor is lighter than that of rosemary’s. Finally, it’s especially recommended that you use thyme in stews, soups, and chilly.

Commonly known as French tarragon, this spice works perfectly as a rosemary substitute. Its intense flavor gained it a place among the world’s best seasonings. As a result, it became a vital ingredient in worldwide-famous recipes like Béarnaise sauce.

While dried tarragon doesn’t have the same popularity as rosemary, it works wonders in fish, chicken, egg, and meat dishes. You can also use it in soups and stew but be careful because it has a strong flavor.

Many people make the common mistake of thinking summer, and winter savory are the same. Yet, only summer savory can be used as a rosemary substitute because of its peppery flavor. The latter is much more bitter and has a strong pine-like flavor that you may not want in your cooked dishes. On the other hand, summer savory works best in eggs and poultry dishes.

Whether you have fresh or dried sage, the perennial herb will give your recipe a bold flavor with its peppery taste. To create a tantalizing aroma using sage, put it in poultry, meat, and seafood dishes. Finally, for perfect results, mix sage with butter or cheese.

The catch here is that sage is relatively rare outside the Mediterranean region. So you might face a hard time finding it, but the taste is absolutely worth it.

Caraway seeds give dishes an undeniable citrusy flavor that can be compared with that of rosemary. While the flavor isn’t as strong, the seeds hold a long-lasting aroma that every recipe calls for. Instead of fresh or dried rosemary, you can easily use it in stews, meat, and sausage dishes.

Fresh marjoram is a perennial herb that can replace rosemary due to its delicate aroma and flavor. If you’re preparing a soup or a stew, marjoram will be the perfect delicious seasoning for your dishes. Although it lacks the spicy undertone that rosemary provides, it has a sweet flavor similar to oregano.

Bay leaves have a distinct flavor that falls somewhere in between menthol and spearmint. Thanks to their light minty flavor, they’re one of the best substitutes for rosemary, giving recipes an irresistible taste.

If you’re preparing a roast lamb dish, don’t hesitate before using bay leaves. However, you can also use them in poultry, stews, and soup.

Are Oregano and Rosemary the Same?

No, oregano and rosemary aren’t the same. They have equally strong flavors, but oregano is more peppery and herby. As for rosemary, it’s usually used sparingly because it tastes a bit like charred wood.

Is Rosemary Similar to Thyme?

Rosemary and thyme are both plants of the mint family, so they bear some resemblance to each other. Moreover, they taste almost the same; however, thyme is a lighter seasoning than rosemary.

Can You Replace Rosemary With Fresh Cilantro?

While rosemary has a lot of successful replacements, cilantro isn’t among them. This is because cilantro has an intense and complex flavor that covers that of the dish. As a result, it’s mostly used as a garnish before serving.

Conversely, rosemary can be used both during and after cooking. As a result, it should be substituted with herbs of lighter flavors like thyme and savory.

While it’s a common assumption that fresh herbs are better than dried ones, it isn’t a rule. Dried herbs have more concentrated tastes; thus, they work better when added during cooking. Conversely, fresh herbs have a better effect when added after cooking. So to sum it up, it depends on your taste preference and the dish you’re cooking.

Cooking requires talent, working taste buds, and strong seasonings to give the dish its charm. Unfortunately, when a recipe lacks an essential spice like rosemary, it nears the edge of becoming mediocre. That’s why we’ve decided to tell you all about appropriate rosemary replacements, whether you’re talking dried or fresh rosemary.

As a rule of the thumb, dried and fresh thyme are the best substitutes for dried rosemary because they belong to the same family; therefore, they provide the same delicious aroma you need in the kitchen.

When it comes to fresh rosemary, you can either use oregano or basil. If these aren’t available, you’ll do great with caraway seed or sage. Now that you have enough information about the topic, you can prepare a delicious dish and invite us to it!

How to Store Peppers