You Can Enjoy a Cup of Caterpillar Fungus Soup... For Only $688! - A Girl Worth Saving 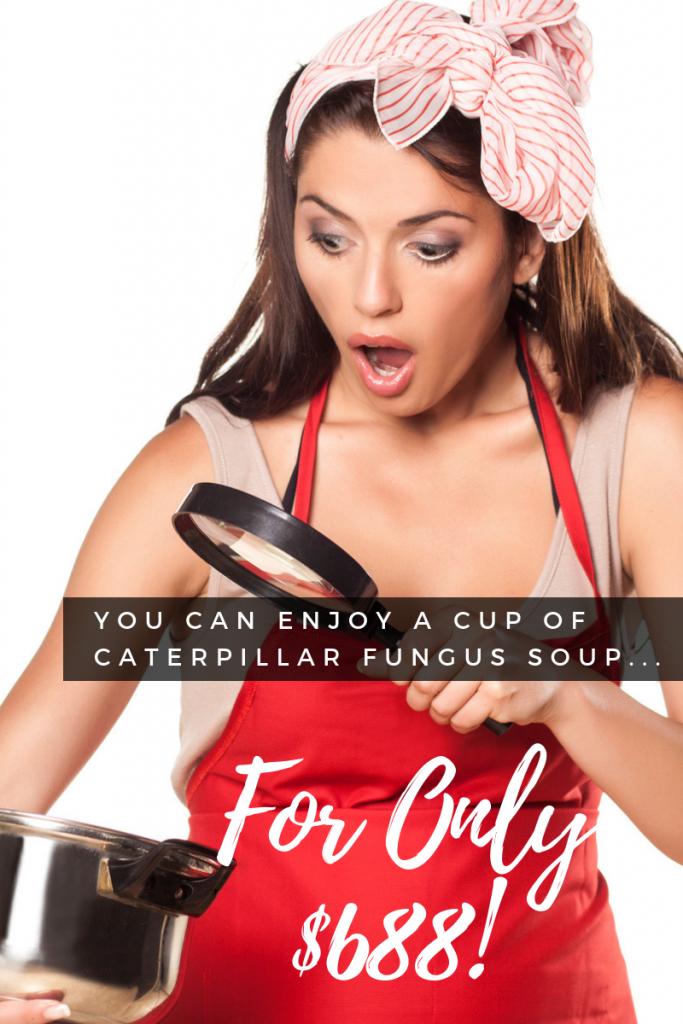 Americans eat more than 10 billion bowls of soup every year. Whether it’s eating a nice, warm cup of soup from the comfort of your own home or ordering a bowl of hot soup as an appetizer inside a restaurant, soup is a very popular food across the U.S. and the world.

There are all kinds of tasty soup flavors that you can order, most of which will probably taste good but won’t do much for you. Some kinds of soup, however, can change everything.

Perhaps one of the strangest soups available on the market today is called Cordyceps Soup. Cordyceps kind of has a fun ring to it, right? Maybe not. Cordyceps is a genus ascomycete fungi that includes about 400 species.

And not just any kind of fungus: caterpillar fungus. Yum!

According to CNBC, for the extremely reasonable price of $688, you can enjoy a cup of caterpillar fungus soup at the Cosmopolitan in Las Vegas. This soup is extremely rare and must be flown in from one of the few seasonal locations where it grows at a minimum altitude of 12,500 feet.

“The broth of the Cordyceps soup has tea-like characteristics with hints of earthiness from the Cordyceps themselves,” said Bryan Flyer, executive chef at the Cosmopolitan. “The recipe includes the highly prized Silkie breed of chicken as well as Chinese dates.”

The soup is served in the resort’s Talon Club, a VIP gambling and gaming room.

“The resort’s high-end casino customers from the Far East are accustomed to having these types of cultural delicacies available to them,” added Flyer. “On average we serve approximately five bowls of the Cordyceps soup per month.”

Though 50% of all the customers who enter a business did so because of signage, if a sign out front of a restaurant read “caterpillar fungus soup,” that might not entice too many people to step foot inside and give it a try. Though curiosity might take over and actually improve a restaurant’s foot traffic.

Believe it or not, caterpillar fungus soup might not even be the craziest soup you can order. Here are some of the mildest and unconventional soups you can actually try:

Whether you’re eating a conventional cup of chicken noodle soup on a Sunday afternoon or are building up the courage to take a bite out of a tasty caterpillar fungus, sit back and enjoy soup more often, it’s a good snack and apparently, it builds character.

You Want to Improve Yourself? Here're Simple Ways to Do It
55 Surprising uses for Coconut Oil
Veganism And Vaccines: Their Relationship With The Immune System Explained
How to Calm Your Mind in Stressful Situations
5 Tips for Maintaining Fitness Goals During a Stressful Move
Is this why you're not losing weight on Paleo?
5 Foods which can help with Bad Knee Joints
The 6 Best Foods For Healthy Hair Growth
Previous Post: « What is the best way to absorb CBD Oil?
Next Post: Waking Up Well Is An Art, Not A Science »