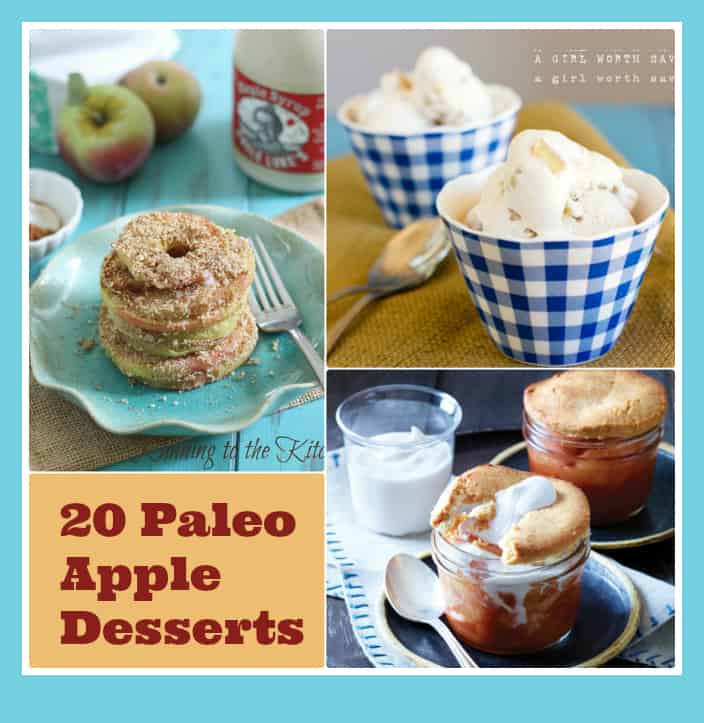 If there has been a food that has been a constant in my life, it’s the apple.    Tell me that you didn’t grow up eating them in applesauce and pies and I’ll call you a liar.  Ok, I won’t call you a lair but come on, unless you grew up on an island,  you are well versed in the simple magic of apples by now.  I figured it was high time to celebrate our old friend and do a round-up of paleo apple desserts.

Get these free Paleo dessert recipes.   You can also check out some of my favorite cookbooks!

Bare Root Sweets – “30 unique and delicious recipes that are all grain-free, gluten-free and refined-sugar-free”

These all sound so good I don't even know where to start! YUM!

I know :) My waistline is begging me not to make any of these recipes.

Thanks for sharing my Apple Upside-Down Pie! Can't wait to try out all these other delicious recipes!

You're so welcome Jess! It looks delicious :)

Ooh, nice roundup! Thanks for including my muffins. :)

I can't wait to try a lot of these!

Liz @ A Nut in a Nutshell

I must try the apple cobbler in a jar! But really, they ALL sound fab!

I LOVE all things apples! Thanks for the delicious list!