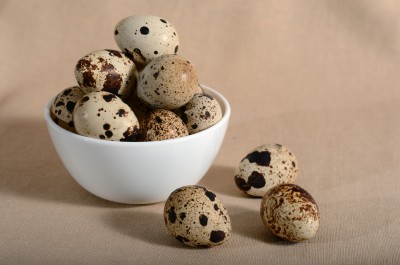 When the Little hit 3 months, I started to notice he would have a lion’s focus on me enjoying my food.  Most doctors are going to tell you to wait until 6 months to introduce baby food but I should have realized that every child is unique and the Little would have been quite happy to nosh on what mama was eating at 4 months.  Anyhow, seeing how my husband and I don’t eat grains, the last thing I was going to do was start him on rice cereal. In addition to breastfeeding on demand, this is what I did.

When he turned 5 months, I started giving him soft-boiled egg yolks with a pinch of Celtic Sea Salt.  I did try Fermented Cod Liver Oil and he absolutely hated it and, well, vomited, after he had it.  I’m just warning you moms out there that this can happen.   Now at 9 months, I mix it in with his breakfast and he chomps it down with no problem.

I next moved him on to ripe bananas and cooked sweet potatoes, carrots, apples, and butternut squash.   I made his baby food so I add either homemade broth, a bit of fat (ghee or coconut oil),  a pinch of  Celtic sea salt or CLO to the mix depending on the meal.    His ND gave me a food list that suggested no meat or dairy until he was one.  I started giving him pinches of meat at 6 months and the boy loves it.  I recommend that with meat you throw it in the crock pot for the day with some bones as the meat is so much easier to digest for baby – and you too!  I also give him tiny amounts of yogurt (1 tbsp) now and then.   I’ve noticed with him too much dairy equals lots of gas pain.

Around 7 months, I  started feeding him what we were eating – spicy foods, fermented pickles, you name it  – so I didn’t have to make any special baby food ahead of time.   I still restrict dairy.   A book that I found helpful was “Real Food for Mother and Baby: The Fertility Diet, Eating for Two, and Baby’s First Foods”.

I’m lucky that I have a child that will eat whatever I’m eating.  He is a bottomless pit and will eat whatever I put in his mouth.  At 6 months he ate 4 oz per meal.   This leads to an upset tummy and lots of night waking so I’ve become more conscious of how much he’s eating.  He will fuss for a bit when I stop but no more than 5 minutes later he will become distracted by the dog or my husband.

His ND knows that we are grain-free but she recommended feeding him tiny bits of gluten to introduce him to it.   She didn’t feed her children any grain and now they are very sensitive to it.   I put my foot down on this until, yes, months into sleep deprivation, I broke down one night and gave him a little rice in the hopes it would make him sleep through the night.  I also gave him some soaked quinoa the following day and the only thing that happened was an upset belly and a break out on his face.  He never has had baby acne or  any other skin issues so I know it was in reaction to the grains.

Everything You Need to Know About Chilean Wine
Tips to Cook Better at Home
What is the Paleo Diet?
This Planner will Make you rethink how you Cook
5 Best Food To Pair With Chardonnay
Essential Tips For Paleo Diet Success
How to continue cooking into your older years
How To Pair Wine With The Food You Eat
Click here to cancel reply.

Cod Liver Oil? I didn't know people were still using that. My aunt used to make us eat a spoonful every day to make us have better bowl movements. I HATED it ;)

Thanks so much for posting this...feeding my 4 month old her first foods is a mystery to me! I'm definitely going to check out that book.

You have willpower, I love grains and dairy.

These are great tips!