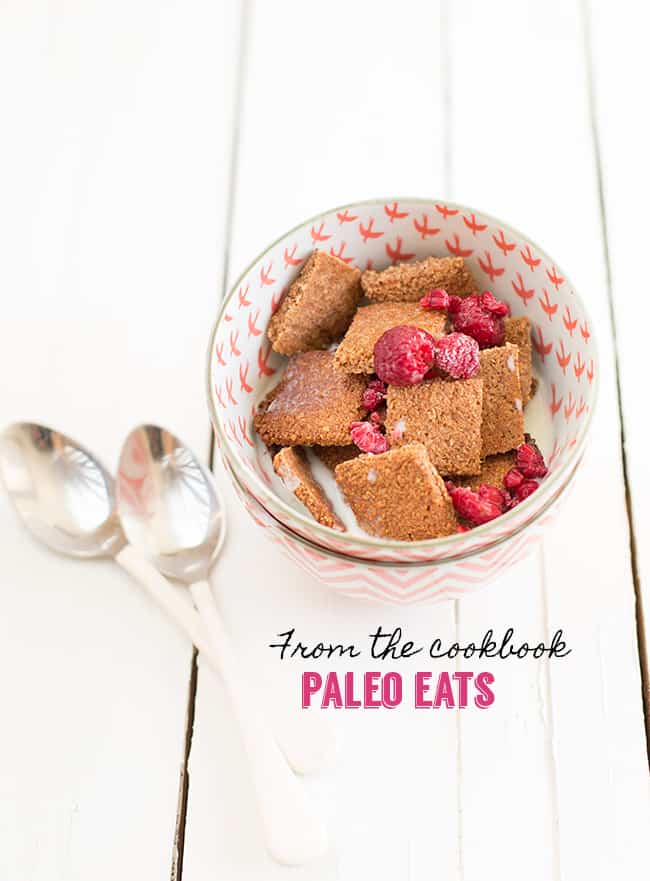 I was looking through my cookbook Paleo Eats and it just dawned on me that I hadn’t share the recipe for Paleo Coconut Cinnamon Cereal on my blog. Duh!

This recipe is an upgraded version of my Paleo Cinnamon Toast Crunch recipe and seriously, you won’t believe how easy and delicious this recipe is to make.  I also filmed a cooking video showing how to make this amazing paleo cereal.

This recipe is hands down my favorite  and easy paleo breakfast recipe from my cookbook Paleo Eats.  I’ve heard from many mom’s it also make the perfect on the go snack for their kiddos.